Dr. “Mac” Kumjohn Tanvishut is just a country boy from another country.  Dr. Mac grew up on his family’s fish farm north of Bangkok, Thailand.  He is a graduate of Thailand’s prestigious Montfort College Preparatory Boarding School and received his Bachelor’s degree in Industrial Engineering from Chiang Mai University.  Mac came to the U.S. in 1998 and met his wife, a Louisiana southern belle, while both were in graduate business school.  Mac received his MBA from Southeastern Louisiana University, where he learned that with hard work and determination anyone could achieve their American dream.  It was then that Mac decided to pursue his career’s aspiration to become a Dentist.  In 2008 Mac graduated with a Doctorate of Dental Surgery from Louisiana State University’s School of Dentistry.  Dr. Mac comes from a family of dentists.  They include his uncle, two cousins, his brother Dr. Mike Tanvishut and Mike’s wife, Dr. Singsuk.

Annually, Dr. Mac attends CE Events and completes training best related to the interests expressed by his patients. He likes to stay on the forefront of dental technology with patient comfort being his primary concern.

Mac has been fascinated by American culture and history since birth, in that his parents named him after heroic World War II General Douglas MacArthur.  He also named his own son MacArthur after him too.

Mac credits his Christian Faith for his continued blessings in life, and chiefly among those gifts has been his tenure with Lane & Associates Family Dentistry since 2008.  He feels fortunate to work with his patients in the Greensboro and Winston-Salem clinics and prays daily he exceeds their needs and expectations.  Dr. Mac and his wife, Ivy, love living here in North Carolina with their son Mac, and their dog Blue, a 120 lbs. Lab/Newfoundland mix.  Dr. Mac and Ivy faithfully look forward to raising a family in High Point, NC for years to come.

Graduated from Louisiana State University’s School of Dentistry with his Doctor of Dental Surgery (DDS) degree. 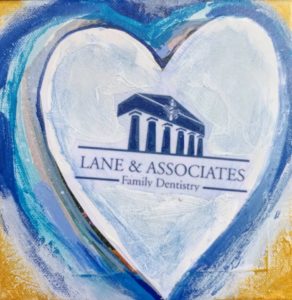